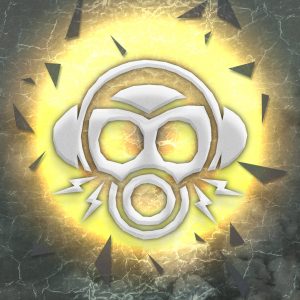 Brutal Resonance has released another amazing compilation! I am happy to inform you that a new and previously unreleased DJversion666 song has made its way onto this collection of industrial music!

The song, Witches, originally made its debut at Bar XIII (Wilmington, DE) for a Wizard of Oz-themed Asylum 13 event. It is now being released for free (pay what you want) via Brutal Resonance, and very soon will be available on the DJversion666 Bandcamp page. This song will NOT be found on any upcoming albums. It will only be released as a single with the option of not having to pay a single penny (if you want to pay for it to show your support, I’m not going to say no, but it is otherwise free).

DJ events coming up in the month of May:

Unfortunately, the Trenton event has been pulled, apparently due to a lack of interest in industrial and goth music in that area. I do understand Philly is right there, where the goth/industrial scene is strong.

Recently finished a couple more songs for the upcoming album (By “finished”, I mean the music is done. Once the music is finished, I begin the task of writing lyrics). If there is an interest, I will start posting the occasional preview of new music.