I would like to introduce to you, THE DJversion666 DARKMERCH MERCHANDISE SITE 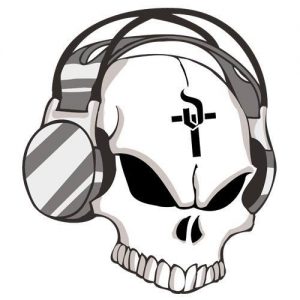 Because, holy shit! darkTunes comes through with another HUGE surprise! Just in time for the holiday season! You could have DJversion666 coffee mugs! A whole, fucking set! How about that shit!? Yeah!

The hoodie looks pretty damn sweet, too. I’m, of course, going to have to get a few of everything, just to annoy my friends and give them out as gifts.

I’m still unsure how I feel about seeing my face being worn on fabric, but hey- let’s find out, shall we?

Now, you can own merchandise of one of the most underground artists on this planet. Yes, you hear my music on various radio stations, and of course there is Spotify and other streaming services. But really, who the fuck am I?

Hit my store! Your parents deserve the best gifts for the holidays. This is your chance to tell them how you really feel.

Also, a reminder: I will be in Delaware, at Bar XIII, Thursday, December 6th for That Dark Dance Party at Asylum 13! I’m going to have a couple, very special songs in the mix, that evening- a new one from myself and a new one from Exemia!

Until next time,
Keep it dark

Once again, I’m apologizing for being absent, here. For the two or so of you who follow me, you deserve more.

And more, I shall give you.

These past couple of months, I’ve been spinning alongside DJ Richard Reich, at Bar XIII. It’s been an incredible experience. I enjoy his style and selections of music. This past month, I also had the honor of working with the Rum Runner Review and their show, The Sinister Cabaret, at the same, beloved Bar XIII, in Wilmington, DE.

It was my first experience with a burlesque show. I’ve never seen one, either. It was amazing and I recommend it to anyone who wants a different form of entertainment. It is old-school. It is flirty. It is truly entertaining. There’s magic. Just sayin’. It was my job to play the music for the performers and spin the mixes between sets and after the show.

My next appearance at Bar XIII will be December 6th for the Asylum 13 event; That Dark Dance Party, again, with DJ Richard Reich! If you are in the area, this is where you’ll want to be, if you like your music with a touch of darkness.

Also, it should be noted that more music is being created, every moment time permits. I recently finished a song called Dance of the Profane, and have started another, much darker song that is tentatively titled, Inspiration So Dark. These are steps in the direction of the next album, which I will not release until everyone involved in the DJversion666 project are happy with it. One day, maybe I’ll release all my raw tracks for free, just to show you what doesn’t make it to the finished product. I’m finding some people are actually interested in that sort of thing. Anyway- yes, an album is being made. I wish it could be quicker, but the reality is, I have to follow my dreams and my job (that pays the bills- let’s be honest: You have to love what you do, to be a musician). I am djing a good 60 or more hours a week, so getting in the studio is an interesting challenge, but one I am willing to take. One song at a time. I will give you my best.

Until the next time,
DJversion666